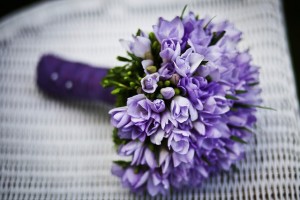 Being legally married makes estate planning easier because of the automatic eligibility for most benefits that married couples enjoy. The LGBTQ community and other supporters of gay marriage are certainly pleased with the United States Supreme Court’s landmark ruling in Obergefell v. Hodges, which many feel has been a long time coming. As a result of this decision, millions of Americans are now eligible for legal rights they were previously unable to enjoy. Now, there are privileges and rights that exist upon the death or disability of a life partner that were not previously possible.

What are the Benefits of Gay Marriage?

Would you believe that the federal laws provide more than a thousand rights and protections to married couples? Some of these benefits are only available to legally married couples, such as hospital visitation during illness, filing joint tax returns, family health coverage, bereavement leave and inheritance rights, when a spouse dies. There are also certain protections available for married couples if their relationship ends. Child custody rights, spousal support, child support and the equitable division of marital property.

What are these benefits worth?

A few years ago, the New York Times conducted a study and found that same sex couples, who are denied the same marriage benefits that legally married couples enjoy, incur anywhere between $41,196 and $467,562 in additional expenses over their lifetime. Another report, published a year ago stated that unmarried women pay nearly $1 million more over their lifetimes than married women for things like health care and taxes.

What types of benefits can same sex couples look forward to?

In many states that have not yet made same sex marriage legal, courts have nevertheless ruled that valid same sex marriages from other states must be recognized. For instance, in Missouri, health care and retirement plans must extend benefits to same sex spouses.

Some examples of financial and other benefits, which are enjoyed by legally married couples include the following:

This is not an exhaustive list. The benefits available can differ depending on which state you live in. If you have questions regarding gay marriage, or any other LGBTQ planning needs, please contact the Schomer Law Group either online or by calling us at (301) 337-7696.