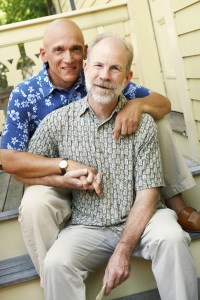 Even with the great advances that have been seen in LGBTQ rights, we still have a long way to go.  Indeed, LGBTQ seniors who find themselves in long-term care facilities still face substantial discrimination in various forms. However, a proposed bill, authored by state Senator Scott Wiener, passed the Senate with a vote of 26-12 and will now head to the Assembly for a vote. The bill is also sponsored by Equality California, a non-profit civil rights organization advocating for the rights of LGBTQ residents in California. Equality California (EQCA) is the nation’s largest such organization in the state.

This groundbreaking bill, often referred to as the LGBTQ Senior Long-Term Care Bill of Rights represents a significant stride toward protecting and supporting the LGBTQ senior community, which is often defenseless and marginalized in our state. As Senator Wiener explained,

Our LGBTQ seniors paved the way for our community, and they went to hell and back to ensure our community’s survival and growth . . . . Ensuring these seniors can age with dignity and respect is the least we can do to support them, especially as they face discrimination, unique health challenges, and frequent lack of family support.

The purpose of the proposed bill is to make discrimination against LGBTQ seniors in long-term care facilities illegal.

Proposed protections for the safety of LGBTQ seniors

This new bill, if enacted, would provide several levels of protection for the safety of LFBT seniors in California long-term care facilities. For example, under the bill LGBTQ seniors cannot be denied admission to such facilities or be transferred to another room or facility because of their LGBTQ status. In general, LGBTQ residents cannot be discriminated against on the basis of their actual or perceived sexual orientation, gender, gender identity, gender expression, or HIV status.

Expected opposition to the new legislation

Of course, it is not surprising that there is opposition to the proposed legislation which would provide much-needed protection for the safety of LGBTQ seniors. For example, the head of the California Family Council, a conservative group, has responded to the proposed legislation stating that it would discriminate against faith-based non-profits facilities. The conservative opposition argues that long-term care facilities should not be forced to take actions that violate “strongly held religious beliefs.”

Until very recently, gay marriage was illegal in most states. Not only that, it was considered taboo or immoral by many. While the law may have changed, the personal beliefs of many, still have not. So, even though gay spouses may now have a protected right to inherit from each other, the social stigma with which they have lived for years still exists. In some unfortunate cases, families have disowned or ostracized members who are openly gay. Therefore, without proper estate planning, LGBTQ individuals may continue to be disinherited, despite now being allowed to legally marry.

What are the Benefits of Being in a Legally Recognized Marriage?

Being legally married makes estate planning easier because of the automatic eligibility for most benefits that married couples enjoy. The LGBTQ community and other supporters of same-sex marriage are certainly pleased with the United States Supreme Court’s landmark ruling in Obergefell v. Hodges, which many feel has been a long time coming. As a result of this decision, millions of Americans are now eligible for legal rights they were previously unable to enjoy. Now, there are privileges and rights that exist upon the death or disability of a life partner that were not previously possible.

Do not overlook the need for careful LGBTQ estate planning

Regardless of this and other advances in the rights of the LGBTQ community, there continue to be numerous legal challenges, as the perceptions of same-sex relationships continue to evolve in each state, and in the country as a whole. For example, state and federal laws dictate who has the authority to make health care decisions for someone else, if they become unable to do so themselves. The majority of these laws apply to, and often favor, couples who are legally married. However, there are several estate planning tools that can be used to bestow the authority to make medical decisions, on behalf of a same-sex partner. These tools are called advanced directives.

A durable power of attorney for health care is an important legal document that conveys to the person you choose the power to make decisions concerning your medical care and treatment. The document takes effect in the event you are no longer able to make your own decisions due to incapacity. A well-drafted durable power of attorney will prevent any hospital or health care provider from denying your partner the ability to make decisions on your behalf. Instead, your wishes are expressed in a written document, which is always the best evidence of your intent.

If you have questions regarding LGBTQ Senior Long-Term Care Bill of Rights, or any other estate planning needs, please contact the Schomer Law Group for a consultation, either online or by calling us at (310) 337-7696.  #estateplanning, #schomerlawgroup, #lgbtseniors, #gayseniors