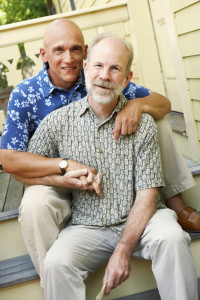 Not long ago, it was the case that estate planning attorneys strongly encouraged gay and lesbian couples to create comprehensive estate plans because they were not allowed the same protections as heterosexual couples.  Now, in light of the groundbreaking Supreme Court decision in Obergefell v. Hodges, it may seem the worry is over.  That is not necessarily the case, however.  The reality is, estate planning is still important.  Estate planning for Gay seniors may be even more critical.

Not Every Gay Couple Wants to Marry

In the heterosexual community, there are many horror stories of couples who failed to establish powers of attorney or advance directives, which delineate their end-of-life wishes.  The unfortunate consequence is that the family is then left to make those impossible decisions, and often do not agree on how to proceed.  In most cases, the hospital or other healthcare provider will defer to the decisions of the legal spouse.  Yet, that automatic deference is not guaranteed with same-sex spouses.  With a power of attorney, you can make your intentions clear to the world by authorizing your same-sex spouse to be in charge of those difficult decisions, should that time ever come.  That is true regardless of whether you are married or not.

If you have questions regarding LGBTQ estate planning needs, please contact the Schomer Law Group either online or by calling us at (310) 337-7696.