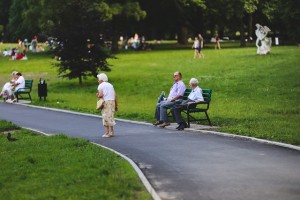 Clients often have the false impression that social security benefits and a basic 401K are sufficient for retirement.  The truth is, it is important to create a real retirement plan so you won’t need to be dependent on government benefits, in order to have a comfortable retirement.  Social security may not be a secure as you think.  That’s why you need a retirement plan.

What you need to know about Social Security benefits

Social Security benefits may not be guaranteed.

According to at least one study that has been published, the ratio of covered workers versus the number of beneficiaries under the Social Security program, has decreased substantially. In 1940, approximately 35.3 million workers paid into the Social Security system, however there were only 222,000 beneficiaries. That amounts to a ratio of 159 to 1. Now, though the numbers are more concerning.  For example, in 2003 there were 154.3 million workers paying into the system, with as many as 46.8 million beneficiaries.  That’s a ratio of 3.3 to 1.

The future of Social Security

The concern that many have is whether there will be sufficient benefits available by the time they retire; regardless of how much they may have paid into the system.  With more and more people living longer than before, and more people looking to social security benefits when they retire, a greater burden is being placed on the Social Security system. Ultimately, the strain on the system may require the federal government to reduce social security benefits, or even suspend them entirely.

As we get older, the likelihood of developing medical problems usually increases, as do the resulting health care expenses. Without appropriate financial support, medical expenses often lead to an overwhelming financial burden. Therefore, one element of your retirement plan should be long-term insurance (LTC), the purpose of which is to aid in financing your health care needs during your retirement years.

What about retiring earlier?

If you have questions regarding social security, retirement needs, or any other retirement planning issues, please contact the Schomer Law Group either online or by calling us at (301) 337-7696.