Home » Estate Planning » 4 Reasons for Contesting a Will 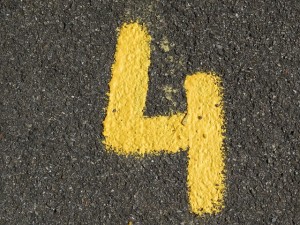 For most families, grieving the loss of a relative is stressful enough. The last thing they want to do is fight over that person’s possessions.  However, contesting a will is more common than you might think, and for some, a will contest is inevitable.  The good news is, there are certain strategies you can use to avoid dealing with contested wills.  First, you should be familiar with some of the common reasons people contest a will.

The four legal bases for contesting a will

There are essentially four legal grounds for challenging the validity of a will: (1) it was not signed properly, (2) there is a question about testamentary capacity, (3) there is a suspicion of undue influence in executing the will, and (4) the testator was fraudulently induced into creating the will or including certain provisions. Each of these grounds can be difficult to prove.  Contesting a will can also be a very expensive court process, yet that fact does not discourage everyone.

A lack of testamentary capacity can invalidate a will

A Will is not valid if it was executed while the testator lacked the required testamentary capacity. Under California law, an incapacitated person is defined as follows:

The statute goes on to list several mental functions relating to alertness and attention, information processing, thought processes, and the ability to modulate mood and affect.  Capacity can be a complicated concept in some states. That’s why it is important to discuss your situation with your estate planning attorney, to see if contesting a will on this basis is appropriate.

Unfortunately, there are situations where it is suspected that undue influence or coercion have been used to coerce a testator into either creating the Will or including certain provisions in the Will. This is a little different from fraud. Basically, there is evidence that the testator was likely emotionally vulnerable in some way and someone took advantage of that vulnerability.  Sadly, it is not uncommon for seniors whose mental faculties have declined to be exploited by someone close to them.  However, proving undue influence or coercion can be a difficult way of contesting a will.

Deception is a prevalent issue regarding contested wills. A Will can be challenged when there is evidence that the testator may have been tricked into signing the Will or defrauded into including terms in the will that the testator did not intend.  For instance, a testator may be given a document that is represented to them as something entirely different, when in fact it is a Will.  The difficulty with proving fraud is that the essential witness, the testator, is no longer available to testify.  This is where the witnesses to the Will become extremely important.

One way to ensure that your family will not be caught up in a legal battle after your death, at least regarding the validity of your will is to create a “self-proving” Will. This type of Will, which is recognized in California, essentially takes the guess work out of Will authenticity.  You basically sign your Will in the presence of a notary, and your witnesses must do the same.  Also, you and your witnesses will sign notarized affidavits that establish who you are and confirm that each of you knew you were signing a will.  Those affidavits are kept as separate documents.

Download our FREE estate planning worksheet today! If you have questions regarding contested wills, or any other estate planning needs in California, please contact the Schomer Law Group for a consultation, either online or by calling us at (310) 337-7696.