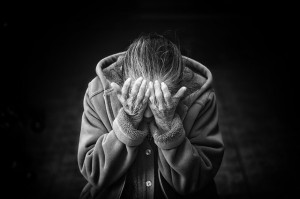 As all Los Alamitos elder law lawyers know, our seniors can be particularly susceptible to various forms of financial abuse and exploitation. Financial exploitation refers to the unauthorized use of an elderly individual’s finances or assets.  This type of abuse can be perpetrated by a family member, caregiver or a stranger. A recent story about an elderly California couple demonstrates one of the many signs of elder financial abuse of which we should all be aware.

The unfortunate eviction of Hank and Helen Kawecki

According to an article that came out last September, Hank and Helen Kawecki lost their Thousand Oaks home to foreclosure. This unfortunate turn of events was significant because it was believed that the couple, in their 80s, had fallen victim to their grandson’s fraud. It was alleged that their grandson, Chad Moore, defrauded the Kawecki’s out of their deed and defaulted on the mortgages to the tune of almost $500,000.

Fraud and deceit of a grandson

Moore persuaded his grandparents that he would support them financially for the rest of their lives if he transferred the deed to the home to him.  He then took out a loan which he ultimately defaulted on after only a few months.  Moore eventually put the house up for sale, tricking his grandparents into leaving the home so the realtors could conduct open house events for potential homebuyers.  After living in the home for more than 50 years, the elderly couple was forced to move out.  With the help of neighbors and others, the police were called in to investigate the fraud and the Kawecki’s filed a lawsuit against their grandson.

What is Elder Financial Abuse?

Elder abuse is not limited to physical violence or neglect. Seniors are also susceptible to elder financial abuse, so Los Alamitos elder law lawyers know the signs and can help you determine whether you need to be concerned.  According to one study, millions of elderly residents are victims of financial abuse, including “unfair, deceptive, or abusive practices.”  It is estimated that this elder financial abuse results in an average loss or more than $140,000 per victim.

The reality is, elder financial abuse can come in a wide variety of different forms.  Some common examples include taking money or property from and elderly person or using that person’s property or money without permission.  In some cases, someone may forge an elder’s signature or persuade them to sign a deed, will, or power of attorney using deception, coercion, or undue influence. Some people will even promise long-term care in exchange for money or property, but then fail to fulfill that promise.

Fraud is a common way that the elderly are abused

Fraud, which is the use of false pretense or deception for personal gain, is often used in committing financial abuse. Con games or scams, including telemarketing scams, are very commonly used against elderly individuals. Telemarketers are known to call elder victims and, using deception, scare tactics, or exaggerated claims, persuade them to send money to a fake company. Some manage to secure charges against an elderly victim’s credit card without proper authorization. Our Los Alamitos elder law lawyers can help you determine whether fraud should be a concern.

The unfortunate reality is that family members are some of the most common perpetrators of elder financial abuse.  However, in those situations, the relatives typically have issues with gambling, finances or substance abuse. In other cases, certain relatives may believe that they should inherit certain property and actually feel justified in taking what they believe rightfully belongs to them. Other relatives may be afraid that an older relative, from whom they will likely inherit, will require long-term care and exhaust their savings on that care, leaving their relatives without an inheritance.

As all experienced Los Alamitos elder law lawyers know and recognize, there are certain factors that actually increase the risk of an elder being victimized.  Usually, that would include being isolated, feeling lonely, or suffering a recent loss.  Physical and mental disabilities also make elders more vulnerable, as well as, not being familiar with financial matters.

If you have questions regarding elder financial abuse or any other elder law issues, please contact the Schomer Law Group for a consultation, either online or by calling us at (310) 337-7696.  #estateplanning, #schomerlawgroup, #elderfinancialabuse