Home » Uncategorized » What Happens If You Die Without a Will? 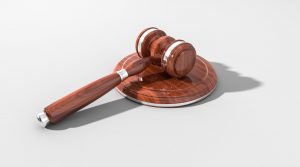 Far too many people go through life without any estate planning documents, because they think that they will always have time to do it later on. Sadly, in many cases, they never get around to it. Under these circumstances, surviving family members often pay the price.

If you die without a will or a trust, the condition of intestacy would be the result. The probate court would preside over the estate administration process, and the proceedings would unfold in accordance with the laws of the state of California.

A personal representative would be named to act as the administrator. This is the same role that the executor would play if there had been a will. Final debts would be paid during probate, and the assets would be prepared for eventual distribution to the heirs.

The above sounds simple enough, but there are some serious drawbacks that can enter the picture. One of them is the fact that probate is a time-consuming process that will take at least nine months to run its course, and no inheritances can be distributed during this interim.

There is also the matter of the individual that is chosen to be the personal representative. A good way to explain the risk that is taken when the court makes these decisions is to take a quick look at the Steve McNair estate situation.

McNair was a very wealthy former NFL quarterback when he was murdered by his girlfriend, and he was legally married at the time. He did not have a signed will, and his wife was named as the personal representative, and this makes total sense on the surface.

However, McNair had purchased a home for his mother that she lived in, but his name was on the deed. He also took care of his mother in other ways on an ongoing basis.

His surviving spouse did not have the same affection for his mother, and she actually made his mom move out of her house while the estate was being probated. This may be an extreme example, but these things happen.

Short of this type of scenario, the most common drawback would be the way that the assets would be distributed under the intestate succession laws.

We are not going to go through the outcome for every imaginable family situation, but we will highlight one of the rules that would not sit well with a lot of people.

If you are married with no children, and your parents are still alive, your spouse would inherit all of your shared property, but they would only get half of your separate property. Your parent or parents would inherit the other half.

Don’t Take Risks With Your Legacy

Anything can happen to anyone at any time, and you are tempting fate if you roll the dice without an estate plan. Look no further than the Kobe Bryant tragedy to see a demonstration of the way that everything can change in the blink of an eye.

Fortunately, he did have an estate plan in place, but the majority of Americans that are in their 40s are completely unprepared. As you might imagine, the percentages are lower for younger people, and many of them are the parents of dependent children.

If a single parent was to die intestate, the court would choose a guardian to care for the child or children. The decision that is made by the court may not be consistent with what the decedent would have wanted, and this is yet another risk that some people are taking.

Are You Ready to Act?

As you can see, intestacy is really not an option. We can help you put the ideal plan in place so you can go forward with peace of mind, and we can adjust your existing plan whenever it becomes necessary.

To schedule a consultation appointment, give us a call at 310-337-7696. There is also a contact form this website you can use if you would rather send us a message.