Home » Probate » How Do Prenuptial Agreements Affect Probate of an Estate? 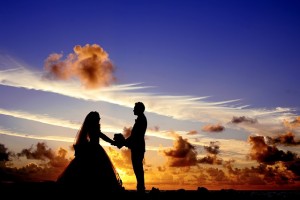 What is a prenuptial or marital agreement?

Can a prenuptial agreement take priority over a will?

When individuals die without a will or other estate planning tools, then their estate will be distributed by the probate court based on the laws of intestate succession in that state. When a prenuptial agreement exists in this situation, the terms of that agreement may be used by the probate court to distribute the estate property. This may also be the case if, through probate litigation, it is determined that a will was invalid.

The significance of the provisions of the prenuptial agreement

As our probate litigation lawyers have experienced, the likelihood that a prenuptial agreement will take priority over a will depends on the specific provisions of the agreement. One of the first considerations is which state’s law should be applied. Many prenuptial agreements include provisions about which state law applies to enforce the agreement. This is particularly important when the agreement was executed in a different state than the one in which the spouse died. If there is no provision about the choice of laws, then the law of the state where the spouse died would be applied.

An example of probate litigation involving a prenuptial agreement

Northern Trust v. Shaw is an example of probate litigation involving a prenuptial agreement. In that case, the surviving wife sued her husband’s estate in order to recover the money she believed she was due pursuant to their prenuptial agreement. According to the terms of this particular agreement, the wife was only entitled to a portion of her husband’s estate, which included a lump sum of $500,000 among other assets.

At her husband’s death, the wife received certain assets from his estate based on state law, but she initiated probate litigation because she believed she was entitled to the $500,000 above and beyond what she inherited as his spouse. Ultimately, the probate court decided that the wife was, indeed, entitled to the additional $500,000 based on the terms of the prenuptial agreement.

Download a FREE estate planning worksheet today!  If you have questions regarding estate planning, trust contests, or any other trust administration issues, please contact the Schomer Law Group either online or by calling us in Los Angeles at (310) 337-7696, and in Orange County at (562) 346-3209.