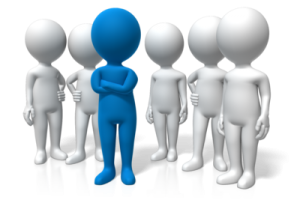 Trust disputes, like will contests, are very common in probate court. Family members often disagree with how a loved one’s estate is distributed which leads to litigation in Los Angeles probate court. Two of the most common issues that drive families to Los Angeles Probate Court to settle their disputes are suspicion of fraudulent inducement or lack of mental capacity in executing an estate planning document. A recent case decided in California addresses whether a trust beneficiary had standing to challenge revisions to a trust. The result may surprise you.

What Does “standing to sue” Mean in Los Angeles Probate Court?

In order to bring a legal matter to court, you must have “standing” to do so. The term “standing to sue” refers to whether a party (an individual or an entity) is entitled to bring a legal issue to the court to decide. Not everyone is allowed to come to court on every legal claim. In most cases, you must be able to show that you have some real interest in the outcome of the legal action. When it comes to probate or trust litigation, you would assume that the beneficiaries of a trust would have standing to challenge the terms of the trust, but that is not always the case, according to California law.

In a recent case filed in California, one of the children of the deceased whose estate was at issue challenged the validity of several amendments made to her mother’s trust. Her challenges were based on allegations of a lack of mental capacity and undue influence by her siblings. Joan Mauri Barefoot is one of six children of the deceased, Joan Lee Maynord. Her mother had executed a trust in which Barefoot was initially one of the beneficiaries and the designated trustee. The trust had been amended numerous times; however, the 17th through 24th amendments removed Barefoot as a beneficiary and as trustee.

Does the Disinherited Sibling Have Standing?

Barefoot argued, of course, that she had standing to file the petition challenging the trust amendments because she was the initial trustee and a beneficiary before the amendments that she challenges as being invalid were executed. Were it not for the provisions that she claims are invalid, she would have a real interest in the trust so, she argues, she has standing to challenge the validity of those amendments.

The siblings who responded to her claims argued that she lacked standing because she was no longer a trustee and, under California law, she no longer has standing. The trial court agreed, as did the appellate court. Interpreting the plain language of the relevant California statute, a beneficiary of a trust is “a person to whom a donative transfer of property is made” and “who has any present or future interest, vested or contingent.” That means Barefoot is no longer considered a beneficiary. There may be other statutes through which she could bring a claim. But because she was expressly disinherited and not named as a trustee by subsequent amendments, she no longer has standing.

The decision in this case seems unreasonable and against public policy because it prevents a disinherited beneficiary from challenging any estate planning or trust documents that may have been acquired by fraud or undue influence.  It will be interesting to see whether the Los Angeles Probate Court will continue to follow this logic.

Suspicion of Undue Influence or Coercion

Unfortunately, there are situations where it is suspected that undue influence or coercion have been used to coerce someone into either creating the document or including certain provisions.  Basically, there is evidence that the testator was likely emotionally vulnerable in some way and someone took advantage of that vulnerability.  Sadly, it is not uncommon for seniors whose mental faculties have declined to be exploited by someone close to them.  However, proving undue influence or coercion can be difficult.

Suspicion that Estate Planning Documents Were Procured By Fraud

Deception is a prevalent issue regarding contested wills.  A will or trust can be challenged when there is evidence that the person who executed the document may have been tricked into signing the document or defrauded into including terms in the will that were not intended.  For instance, a testator may be given a document that is represented to them as something entirely different.

Join us for a free seminar! If you have questions regarding estate planning, trust contests, or any other trust administration issues, please contact the Schomer Law Group either online or by calling us in Los Angeles at (310) 337-7696, and in Orange County at (562) 346-3209.