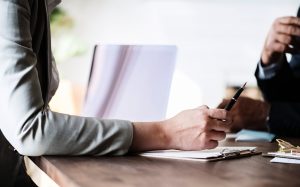 It is important to discuss your estate planning objectives in detail with a licensed attorney because there are nuances that you may not think about. In this post, we are going to focus on one particular under the radar scenario that too many people fail to directly address.

Surveys tell us that most adults are rolling the dice without estate plans, and this can apply to a significant percentage of people that are in their 50s and 60s. There are various reasons why people procrastinate, and one of them is the reluctance to take certain actions that will not be well received.

If you decide that you want to disinherit someone that would be expecting an inheritance, or leave them less than you are bequeathing to others, it can be hard to go through with it. You may be certain about your reasons, but you take pause because of the hard feelings that will be left behind.

Some people think it through this deeply, but there are others that just go through with it without giving the matter a second thought. They don’t care about what the fallout may be after their passing. They reason that there is no reason to have any concerns, because they won’t be around to hear the feedback.

Regardless of how the decision is ultimately made, when someone has been disinherited or shortchanged in their estimation, they may make a lot of noise and leave it at that. However, in a lot of cases, people that are in this situation will not take it lying down.

When a will is used as a vehicle of asset transfer, and an executor is named to serve as the estate administrator. The executor is not allowed to conduct the business of the estate with complete independence. Under the laws of the state of California, a will must be admitted to probate, and the probate court would provide oversight during the administration process.

Even if there are no complications at all, the probate process is quite time-consuming. It will take 6 to 8 months at the bare minimum, and you are typically looking at about a year. When there is a contest, it will be drawn out even longer. The exact duration will depend upon the details.

This is something to keep in mind when you are planning your estate if you know that someone is not going to be happy with your decisions.

One way to take control of the situation would be to have a conversation with the person in question to explain yourself so that the emotions can run their course while you are still alive. If you do this, generally speaking, it can be healthy for both parties.

Plus, if you break the news in front of witnesses, it would be difficult for the individual to file a successful challenge. This is because there would be no ability to claim that you somehow made your decisions because you were mentally unfit or under undue coercion or intimidation.

Open communication can be a good thing in many instances, and it is encouraged. This being stated, you can also take procedural steps to do what you can to prevent a successful estate challenges.

There are many other reasons to use a living trust instead of a last will, but we will stick to the subject here. Assets that have been conveyed into a living trust are not subject to the probate process after the passing of the grantor. As a result, there is no built-in window of availability for someone that may want to contest the terms.

It is however possible for a disgruntled party to file a lawsuit. This in and of itself is not an attractive proposition, because it is expensive and much more complicated than a will contest.

If you establish a living trust to serve as your primary asset transfer vehicle, you could include a no contest clause. This would trigger the total disinheritance of anyone that files such a lawsuit.

A person that is getting something, but not enough as far as they see it, could ignore the clause and go forward, but they would be taking a big risk. This serves as a powerful disincentive.

Our attorneys are holding a series of informative seminars over the coming weeks, and we invite you to join us for the session that fits into your schedule. There is no admission charge, and you can check out our estate planning seminar page to get all the details.