Home » Estate Planning » What do Per Stirpes and Per Capita Mean? 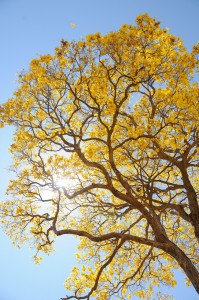 In the legal arena, there is no shortage of strange terms and legalese.  How many times have you been handed a document to review and sign, with no idea what half of it means.  In some cases, state planning documents are no exception.  Of course, your estate planning attorney can explain these odd terms to you.  But having a basic idea of what some important legal terms mean, is still a good idea.  If you are considering whether to draft a will or not, you may have run across the terms “per stirpes” and ‘per capita.”  These two terms simply describe how your estate may be distributed upon your death.  This article will explain what they mean and how they can affect your estate.

“Per stirpes” is a Latin term that literally means “by the roots.”  Think of your family tree.  When an estate is distributed “per stirpes” each living member of each branch of heirs will take a proportionate share.  Consider this example.  Tom died without a will (intestate) and his wife had already died.  The couple had four children, only three of which are still living.  The deceased child had two children of his own.  Under per stirpes distribution, the estate would be divided into four equal shares (to represent the four children).  The three living children would each receive one-fourth.  The two children of the deceased child would share the remaining one-fourth share.  The estate was divided evenly among the roots of the tree, that being the four children.

Per capita is also a Latin term.  Its literal meaning is “by the head.”  So, when an estate is distributed per capita, all living members will receive an equal share of the estate.  So, if Tom’s estate was distributed under the per capita method, his estate would be divided into three proportionate shares for each of the three surviving children.  The grandchildren would not receive a share.  The difference between per stirpes and per capita is that, when one member of the group is no longer living, his or her share does not pass on to the descendants.  Instead, the share passes on to the other members of the group.

Which is method more commonly used?

Per stirpes is probably the most common method of distribution in estate planning.  Per stirpes distribution tends to address the typical family situation.  Most people would expect that, if one of their children has predeceased them, that share would then pass automatically to the grandchildren.

If you believe a per capita distribution is better suited to your family situation, then be sure to discuss generation skipping issues with your estate planning attorney.  If you leave part of your estate directly to your grandchildren, when you have children who survived you as well, your estate may be subject to the generation skipping tax.  Luckily, there are estate planning techniques that can help to eliminate this type of tax, as long as you plan ahead.

If you have questions regarding distribution of your estate, or any other estate planning needs, please contact the Schomer Law Group either online or by calling us at (310) 337-7696.