Home » Estate Planning » Step-Up in Basis May Be Targeted 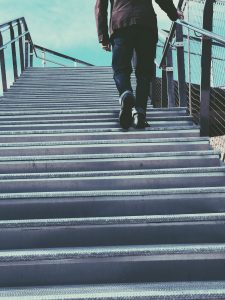 There can be changes to tax laws that have an impact on your estate plan, and they often come about when a new presidential administration takes office. We are going to look at two matters that fit into this category, and we will start with capital gains taxes on inherited assets.

When numerous different candidates were vying for the Democratic presidential nomination, we heard a lot of different platform positions. Some of the candidates were in favor of the enactment of a new “wealth tax” that would target the super-rich.

Short of this, there can be changes to existing tax laws that would increase the burden that high net worth individuals must shoulder. Along these lines, president-elect Joe Biden has stated that he is in favor of an elimination of the step-up in basis for capital gains purposes.

As it stands right now, if you inherit assets that appreciated during the life of the person that left you the resources, you would not have no capital gains tax responsibility. Very wealthy people can use this loophole to transfer a great deal of generational wealth tax-free.

For example, Tesla was co-founded by Elon Musk, and he owns 20 percent of the company’s stock. At the time of this writing, he is the second richest person in the world, and his wealth keeps growing as Tesla stock keeps increasing in value.

All of these massive stock gains could be transferred to his heirs after his passing, the capital gains tax would never enter the picture. This is an extreme example, but you get the point.

Biden would use the revenue that is generated by the elimination of the step-up in basis to support his proposal to provide American students with two years of free community college.

This is a relevant matter that you should be aware of from an inheritance planning perspective. As time passes, we will continue to monitor the situation and share any updates that become available.

At the end of 2010, the Tax Relief, Unemployment Insurance Reauthorization, and Job Creation Act (H.R. 4853) was enacted. It established a $5 million estate tax exclusion. The exclusion is the amount that can be transferred before the estate tax will be applied on the remainder.

There was another tax bill passed two years later, and it retained the same exclusion adjusted for inflation. This arrangement remained in place until 2017 when the exclusion was $5.49 million after a series of inflation adjustments.

In December of 2017, the Tax Cuts and Jobs Act was enacted, and it reflected the will of the majority on Capitol Hill at that time. The estate tax exclusion was doubled for 2018 with an added inflation adjustment which brought the figure up to $11.18 million.

The exclusion in 2021 is $11.7 million, and this figure adjusted for inflation will remain intact through the 2025 calendar year if there are no new laws enacted in the meantime.

At the end of 2025, the exclusion provision that is contained within the aforementioned Tax Cuts and Jobs Act will expire or sunset. At that time, the exclusion will revert back to the $5.49 million that we had in 2017 adjusted for inflation.

Of course, there can in fact be a new measure passed between now and then that impacts the estate tax, and there could be a subsequent piece of legislation. This is another fluid situation that we will monitor closely.

Since you are on this site, you must be looking for information about estate planning and elder care, and you are in the right place. There are many written materials that you can access free of charge, and you can really take your knowledge to another level if you attend one of our webinars.

The sessions are offered free of charge, and you don’t have to go anywhere to join us, so you should definitely take advantage of this opportunity.

You can see the schedule if you visit our webinar page, and when you identify the session that works for you, follow the simple instructions to register.