Home » Estate Planning » Is Everyone Required to Honor a Power of Attorney? 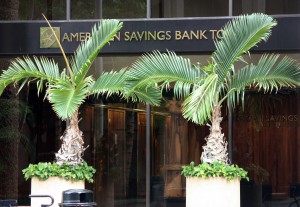 You may assume that everyone one is automatically required to comply with a power of attorney that has been properly executed.  The authority of the agent is not to be questioned.  However, this is not necessarily true.  A power of attorney can, and often is, questioned by banks and other financial institutions, for example.  Business can demand additional proof that the power of attorney document is valid.  Some may even reject the document altogether if too much time has passed since it was executed.  What do you do, if you run into someone who will not honor a power of attorney?

Abuse leads to refusal to honor a power of attorney

At one time, a power of attorney document was rarely questioned or challenged because agents rarely exploited their authority.  Unfortunately, the instances of adult children stealing from their parents, through a power of attorney, have increased over the years.  This rise in exploitation and misuse of powers of attorney led lawmakers to begin focusing on this issue.

Banks and other financial institutions also began to take precautions against abuse and fraud by imposing harsher requirements for honoring a power of attorney.  As a result of the higher standards now being imposed, the honest agents are having a more difficult time trying to care for their parents’ affairs, than they should.  In some cases, the requirements imposed by these entities can be extremely burdensome, and almost impossible to meet.  Can a balance or compromise be reached?

The Uniform Power of Attorney Act

Like most aspects of estate planning, each state has its own set of laws concerning powers of attorney.  Not all states require a business or other third-party to honor a power of attorney, no questions asked.  However, there has been a concern among regulators and lawmakers regarding the inconsistencies in state laws on this issue.  Consequently, the National Conference of Commissioners on Uniform State Laws approved the Uniform Power of Attorney Act.

If you have questions regarding power of attorney, or any other estate planning needs, please contact the Schomer Law Group either online or by calling us at (310) 337-7696.