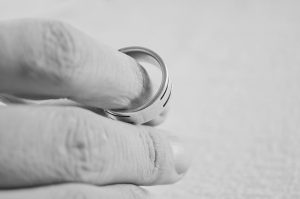 Most people would agree that prenuptial agreements (or “prenups” as they are commonly called) have developed quite a stigma. Indeed, some people believe the mere mention of one dooms a marriage to failure. But, as our Los Angeles estate planning lawyers will explain, a prenuptial agreement does not have to be a sign of distrust. Instead, it should be seen as a promise of fairness between two people who love each other but still want to protect their assets.

What is a Prenup and Why Does it Matter?

A prenuptial agreement is a special type of legal agreement between two people getting married that specifies how their joint assets would be distributed in the event of divorce. Like any other contract, a prenuptial agreement must meet certain requirements to be considered valid and enforceable, so it is important to have one of our experienced Los Angeles estate planning lawyers draft the agreement for you. These types of contracts are definitely not one-size-fits-all because not two couples are alike.

Particularly if you or your future spouse has a high net worth or a substantial amount of valuable property, it may be wise for Los Angeles residents to take steps to protect those premarital assets against any unexpected situations in the future. One of the most important reasons is that California is one of only a few “community property” states. Under the laws of a community property state, all assets and debts that are accumulated during the marriage are automatically divided equally in a divorce. Unlike most other states where the spouses can argue to a judge about who should be entitled to what, in California, there will be an equal split regardless of the circumstances surrounding the divorce. The only way to have any control is to create a prenuptial agreement.

What Types of Provisions Can You Include in a Prenuptial Agreement?

With the help of our Los Angeles estate planning lawyers, a prenuptial agreement can be customized to fit all of your needs. Typically, prenuptial agreements determine how both community and separate property will be divided in the event of divorce. This includes whether real estate may be sold, rented or mortgaged. It can also include provisions regarding the payment of spousal support. A spouse could agree to waive his or her right to future alimony payments.

The agreement can also be drafted to include certain conditions that will trigger a provision. For example, couples can choose to include a provision for the forfeiture of assets if the divorce is based on infidelity. Other provisions that do not involve assets include guardianship terms and a confidentiality agreement. However, a prenuptial agreement cannot ultimately override the power of a court to determine child custody, child support, or parental visitation rights.

How to Start the Conversation about a Prenup

It is understandable for many individuals to be hesitant to even broach this subject with their soon-to-be spouse. But if you believe a prenuptial agreement is important here are a few things to consider before you start the conversation. First, the sooner you have the conversation, the better. It is likely that in the excitement of a new engagement you will have many conversations about the future and making plans for your lives together. This would be the best time to cover all of your bases, including the issue of a prenup. The longer you wait, the more of an issue it may become. Also, it helps if you both discuss and decide on the terms as a couple instead of one person handing the other a document to review. When it comes to creating a final draft, though, it may be best to have separate attorneys review it. This will decrease the chances of a challenge to its validity later on.

Be honest about what you do and don’t want to agree to and listen to your future spouse before decide to agree on certain terms. Everyone will have different needs and concerns that can be based on family or religious beliefs. Be open to discuss the terms.

What Does California Law Require for a Valid Prenup?

California actually has a statute that governs prenuptial agreements executed in the state. Under California’s Uniform Premarital Agreement Act (UPAA), a prenuptial agreement signed by both parties will automatically become effective when the couple is married. There are certain conditions that must be met in order for the agreement to be considered valid and enforceable in court. The agreement must be in writing and notarized. It must fully disclose all of the assets and debts of each person and be substantially fair at the time it was executed. Finally, the agreement must not be “against public policy,” which is something your Los Angeles estate planning lawyers can explain more fully. Finally, California law requires that the party presented with a prenuptial agreement is allowed at least seven days to consult with an attorney before signing.