Home » Estate Planning » Let Prince be an Example: Don’t Die without a Will 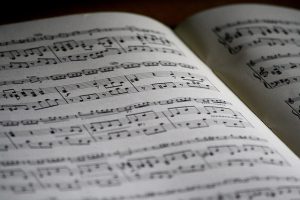 Following the death of the pop music icon Prince, a legal battle has ensued seeking to determine who gets a piece of his mega estate.  Despite a reportedly exhaustive search, no will has been discovered leaving the state of Minnesota to hash out who inherits what from the estimated $250 million estate.

When a person dies without a will, there are specific laws in each state that address the disposition of that person’s assets to their spouse and/or heirs.  These laws include laws of descent and distribution and marital rights in the estate, which apply to a surviving spouse.  Collectively, these laws are referred to as the laws of intestate succession.

What dying without a will means for Prince’s estate

As it appears that Prince died without a will, his parents are deceased and he has no spouse, his estate will first pass to any surviving children who can prove they are his offspring.  There is no evidence that Prince had any biological children.  So, ultimately, the estate will likely be divided among the singer’s full and half-siblings, provided they can prove their direct relationship.  In Prince’s case, that could possibly include six siblings or half-siblings.  Prince’s full sister Tyka Nelson has asked to be appointed to probate his estate.

The potential value of Prince’s estate is incredible

It is estimated that the value of his music catalog alone is over $500 million, according to Prince’s first manager. This would include potential licensing rights for film, TV, commercials and video games that Prince rarely considered.  Since his death, album sales have soared with more than 2.3 million songs and some 580,000 albums have sold in just a few days of his death, according to Nielsen Music.  In addition to royalties from his more than 30 albums, Prince reclaimed ownership of his master recordings following a dispute with his Warner Bros.  It is also believed that he had a collection of unheard recordings, including an album cut with late jazz trumpet great Miles Davis.

Why we all need an estate plan

If you want your estate to be protected for your loved ones, as nearly everyone does, then you must have an estate plan.  Without estate planning, your family will likely face overwhelming tax burdens, as well as other unwanted consequences.  You may also be leaving many of the decisions regarding your estate to the court instead of making them yourself.

Estate planning is not just for celebrities

A very common misconception is that estate planning is only meant for the wealthy.  This couldn’t be further from the truth.  Estate planning can protect anyone who has anything they want to leave behind for their loved ones.  Even the smallest estate needs to be planned in order to protect both the assets themselves, and the beneficiaries to which they will be passed. Nowadays, most middle-class families need a plan just in case the family’s breadwinner(s) are no longer around to provide. Indeed, you don’t have to be wealthy to make wise and profitable investments, which can produce assets that you want to pass on to your heirs.

Most estate planning attorneys have been surprised that Prince, someone who was known for maintaining tight control of his image, likeness, name and recordings, would not have a will.  The probable result will be a long, drawn out legal battle over his assets.

FREE estate planning worksheet! If you have questions regarding wills, or any other estate planning needs, please contact the Schomer Law Group for a consultation, either online or by calling us at (310) 337-7696.