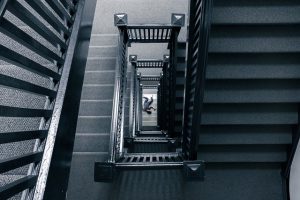 When someone dies, the money and property which makes up their estate will be distributed to their heirs. Typically, for the property to be distributed, the estate must go through the probate process. This involves several steps, including proving the existence of a valid will (if applicable), identifying and inventorying the property, appraising the property, paying debts and taxes, and then distributing the remaining property. There is one important statute that affects the distribution of assets, about which an executor of estate should be familiar.

The Purpose of the Probate Process

Probate is the process of gathering the property and assets of the deceased, safeguarding that property and using it to pay all debts and taxes owed by the deceased or the estate.  If there is no will, the probate process will allow the court to make the legal determinations as to who the beneficiaries of the estate will be, then distribute those shares according to the law.

Distributing inheritances to heirs and beneficiaries

If there is a will or trust, which provides for specific gifts, of cash or property, to specific individuals, then those bequests are distributed first.  After those distributions are made, the balance of the property is distributed to whomever is entitled to the remainder.  In some cases, the property can be distributed outright, but sometimes it must be transferred to a trust for a particular person or persons.

What is the “Slayer Statute?”

Unfortunately, it is not uncommon that an intended beneficiary is charged with the murder of the deceased, whose estate he or she is in line to inherit from.  In 2010, a young man in Mississippi, who suffered from severe mental illness, killed his mother.  This situation brought to light the common law referred to as the “slayer statute,” which determines whether this young man could inherit from his mother’s estate.

The theory behind the statute

The purpose of a “slayer statute” is to prevent someone from inheriting from the estate of an individual whose death he or she caused.  Each state has its own version of the slayer statute.  Some laws require that the death be intentional or willful.  While other states also preclude inheritance when the death was caused by mere negligence of reckless actions.  In California, and in many other states, the slayer statute also applies to beneficiaries of a life insurance policy.  In those cases, a beneficiary who wrongfully takes the life of the insured, will not be permitted to collect the life insurance proceeds.

Is the competency of the alleged slayer important?

In the Mississippi case, the siblings of the schizophrenic son asked the court to nullify his share of the inheritance from their mother.  However, this was an issue of first impression for the Mississippi courts.  The new issue was whether a murderer, who had been declared mentally unfit to stand trial, could be precluded from inheritance under the slayer statute. The appellate court decided that, because he was not competent to stand trial because of his mental illness, it was implied that he could not have “willfully” committed the murder.  Yet, because civil and criminal codes have different legal standards for determining intent or willfulness, there would need to be a separate determination regarding the inheritance issue.

(a) A person who feloniously and intentionally kills the decedent is not entitled to any of the following:

(2) Any property of the decedent by intestate succession.

When the slayer statute most often becomes an issue

The most common scenario where the slayer statute arises involves spouses.  Partly, that is because spouses are most often named as the beneficiaries of each other’s life insurance policy.  Only in the case where the death of one spouse is determined to be an accident, can the beneficiary spouse collect the proceeds from the insurance policy.  However, if the death is suspicious in any way, and a life insurance policy is at issue, then an investigation by law enforcement will be necessary.  It is most often the family of the deceased that will prompt the investigation into the circumstances surrounding the death of their loved one.

Join us for a FREE seminar!  If you have questions regarding executor duties, or any other estate planning issues, please contact the Schomer Law Group for a consultation, either online or by calling us at (310) 337-7696.