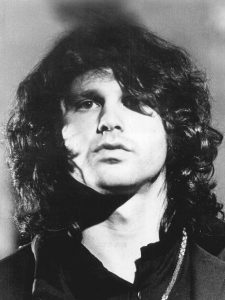 Most people would probably assume that the majority of Americans have executed at least a basic estate plan. After all, when you go through life without making any preparations for the future, you won’t be the one who suffers the consequences. It is your loved ones that will be left behind to pick up the pieces.

A number of years ago, Forbes magazine highlighted a Harris interactive survey that was conducted to find out just how many people do in fact have estate plans in place. A total of 1022 people were questioned, and the results were startling. It turns out that a hefty majority of 65% of the people who were surveyed had not even executed a last will to state their wishes regarding the distribution of their assets.

Among people 55 and older, that figure stood at 23%. It is shocking to think that almost one out of every four quinquagenarians are going forward without any kind of estate planning documents at all.

People were also not very prepared for the possibility of incapacity. Only 48% of the individuals surveyed who were 65 years of age and older had executed a financial power of attorney to designate a representative who would make decisions for them in the event of their incapacitation. About 42% of the people in this age group had not executed a living will stating their medical preferences.

Obviously, there are a lot of people out there putting their family members at risk. If you are one of them, now would be a good time to take action and arrange for a consultation with an experienced estate planning attorney.

What’s the Worst That Can Happen?

When you digest the above, you can plainly see that procrastination is a big problem when it comes to estate planning. Most people understand the need to leave behind documents directing the distribution of their assets, but a high percentage of them go forward with the idea that it can wait until they are older and death is more imminent.

While this mentality is understandable in a way, it is quite risky, and more than a little bit arrogant. We all know that the likelihood of death increases as you age, but people pass away when they are in their 20s, 30s, 40s, and 50s every day. You have to ask yourself where your loved ones would be if you died suddenly without an estate plan or any financial preparations for this contingency, regardless of your age.

As a case in point, look no further than the estate planning blunder of the legendary rock star Jim Morrison. It is a long, drawn out story so we will spare you many of the details. To some extent, he made a logical estate planning decision on the surface: he left everything to his common-law wife, Pamela Courson.

The “Lizard King” was just 27 when he died, and Pamela was three years younger. What they did not consider is the possibility of Pamela Courson living a short life as well. She was another member of the “27 Club,” and she died without a will or a trust.

Jim Morrison famously despised his father, and the Courson’s felt the same way about the rock poet. In spite of this, after all the smoke cleared in court, these two families wound up sharing possession of Jim Morrison’s estate. This is the last outcome that he would have wanted.

As you can see, some very negative circumstances can arise if you fail to put an estate plan in place that is constructed with the benefit of professional guidance. If you are ready to do just that, we are here to help. You can send us a message to request a consultation appointment, and we can be reached by phone at 310-337-7696 or 562-346-3209.