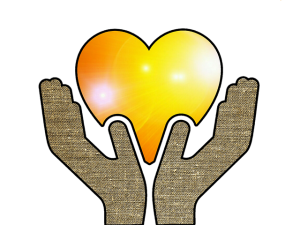 There are many different charities and philanthropic organizations that seek financial support on behalf of veterans, in support of the sacrifices they made serving our military. Yet, if you are considering making a donation to one of these charities, it is important to investigate the organization first to make sure it is legitimate. Otherwise, you may fall victim to one of the many scams out there. It also means that Los Angeles estate planning for veterans requires being very cautious about charity scams.

How to investigate veteran’s charity organizations

When it comes to making donations to any type of charity, it is wise to make sure that the money being donated is actually spent on the cause purportedly being supported.  That also means determining how much of that money is instead being used for “administrative expenses.” There are a few different services available that provide this type of information, including these three free websites: Charity Navigator, BBB Wise Giving Alliance, and Charity Watch.

The state of California has filed a lawsuit against one of the major veterans charities alleging that the officers and directors of Help Hospitalized Veterans engaged in fraudulent fundraising and self-dealing. These individuals were also accused of paying themselves excessive compensation. The lawsuit seeks to have these officers removed and to recover compensation in the amount of $4.3 million, funds that were purportedly diverted from the charity.

The Help Hospitalized Veterans charity raised over $108 million in charitable contributions over three years, according to its tax filings, with only 33.8 percent actually going toward its veterans programs. According to the lawsuit, the charity filed “false and misleading” tax returns which purportedly inflated expenses and then reduced its fundraising costs to less than 30% in order to profit.

A review of the fundraising efforts of Help Hospitalized Veterans, it ranked among the top one percent of charities in the country. In fact, the organization was, at one time, endorsed by retired General Tommy Franks. However, he later publicly distanced himself from the group once the allegations surfaced. CharityWatch, a watchdog group that rates nonprofit organizations based on their financial management history and how they use their donations.  According to CharityWatch, Help Hospitalized Veterans used only 35% of the donations it received for the programs meant to aid veterans when the standard recommended amount is closer to 65%.

Specific claims against the charity’s presidents

The lawsuit also alleged that the charity’s president, Michael Lynch, gave himself excessive compensation in the amount of $900,000. The former president, Roger Chapin, retired the previous year with a pension plan close to $2 million. In order to accomplish such an inflated retirement package, it is alleged that the charity’s board members retroactively increased Chapin’s earnings. Chapin was also accused of diverting funds through a different charity called Conquer Cancer and Alzheimer’s Now.  It is also alleged that Chapin paid himself more than $493,000 from the separate cancer charity.

There are a few tips that we can offer with regard to Los Angeles estate planning for veterans. First, it is important to recognize that military retirement pay is guaranteed income, which means it should be considered a low-risk asset. Second, veterans can elect to use the Survivor Benefit Plan (SBP) upon retirement, which provides their surviving spouse continued income up to 55 percent of their retirement pay. Depending on the percentage chosen by the veteran when he or she retires, they will be required to pay a pre-tax premium for the future benefit. Also, veterans who have eligible dependents, including disabled children, can elect for them to receive a percentage of benefits after the veteran and surviving spouse pass away.

Understanding the complexity of Los Angeles estate planning for veterans

Clients should not underestimate the complexity of the estate planning decisions involved in Los Angeles estate planning for veterans. As clients reach military retirement, there are certain transition assistance programs that are available for each branch of military service. It is always a good idea to seek the advice of professionals with experience working with military elections and VA benefits.

If you have questions regarding veterans, estate planning, trust contests, or any other trust administration issues, please contact the Schomer Law Group either online or by calling us in Los Angeles at (310) 337-7696, and in Orange County at (562) 346-3209.