Home » Elder Law » What Is a Medi-Cal Trust? 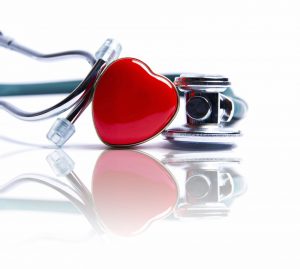 Before we get into the question that serves as the title this blog post, we have to provide some important background information so you understand why Medi-Cal should be on your radar. According to the United States Department of Health and Human Services, seven out of every 10 people that are turning 65 on any given day will eventually need living assistance.

On the surface, this may not seem like much of a big deal. Family members and friends can help with errands and such and life can more or less go on as usual. For a while, this is definitely a distinct possibility, but at some point in time, a loved one may require a level of care that only a nursing home can provide.

There are a couple of unique factors that greatly impact this possible scenario. It is not the most pleasant thing to consider, but to be blunt, many nursing home stays are very short because the people have reached the end of their lives. In fact, you may envision palliative care or hospice care instead of a nursing home. Medicaid and private insurance programs actually pay for these types of care.

However, Medicaid does not pay for a stay in a nursing home, because it is considered to be custodial care rather than convalescent, hospice, or palliative care. While it is true that some people spend very limited amounts of time in nursing homes, there is a phenomenon that has been emerging for many years that is changing the playing field considerably.

Everyone is aware of the existence of Alzheimer’s disease, but a lot of people don’t know just how widespread it has become.

The Alzheimer’s Association does a lot of fantastic work educating the public about this scourge on our nation’s elderly. If you visit their site and do some research, you will find that around 10% of all senior citizens have contracted the disease.

That is actually an eye catching statistic considering the fact that the baby boomers are reaching retirement age, and 10,000 to 15,000 applications for coverage are being received by the administration every day. When you do the math with regard to the 10%, that’s a lot of people with Alzheimer’s disease.

That’s one thing, and it is not a good one, but the likelihood of contracting Alzheimer’s disease increases as you get older. In geriatric circles, the term “oldest old” is used to describe people that are at least 85 years of age. The Alzheimer’s Association tells us that about 40% of the oldest old are suffering from the disease.

Clearly, you cannot live independently for long with Alzheimer’s induced dementia. However, though Alzheimer’s disease is one of the leading killers that we have here the United States, you could spend quite a bit of time in a nursing home before succumbing to Alzheimer’s.

We have looked at Medi-Cal coverage in depth in previous blog posts, and we will dig deeply in future articles. For now, we will keep it simple and let you know that Medi-Cal will pay for nursing home care. This being stated, because it is intended for people with very limited financial resources, there is a low asset limit of just $2000.

You could essentially give your loved ones their inheritances in advance to gain Medi-Cal eligibility to pay for nursing home care. Direct gift giving is a possibility, but you can alternately convey resources into an income only Medi-Cal trust. The principal would not count against you, but you would be able to continue to receive income from the trust until and unless you apply for Medi-Cal.

The thing is, you cannot find out that you need long-term care today, fund a Medi-Cal trust tomorrow, and qualify for Medi-Cal a couple days later. There is a 30 month look back period. You have to complete the gift giving at least 30 months before you apply for coverage, and this is why careful planning with the assistance of a Los Angeles inheritance planning attorney is essential.

If you would like to discuss this or any other estate planning or elder law matter with one of our attorneys, we are here to help. You can send us a message to request a consultation appointment or call us at 310-337-7696 or 562-346-3209.