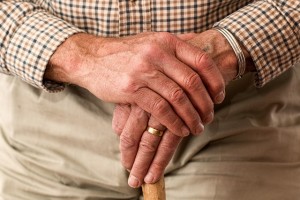 The fact that we live in a highly mobile society can make some legal issues more complicated to resolve.  Dealing with the conservatorship of someone in another state is only one example.  A senior may have more than one residence in different states, or may live with different family members in various states at different times each year.  A conservatorship might be established in California, then the conservatee may move to another state with their child.  While that may not typically cause any issues, if there is ever a conflict or dispute, determining where to begin a legal proceeding can be tricky.  California has a new law that will hopefully help attorneys and families deal with these jurisdictional issues.

What is jurisdiction and why is it important?

The term “jurisdiction” simply refers to the official power of a court to make legal decisions and enter judgments.  Every court must have jurisdiction to enter a valid, enforceable judgment on a claim.  Proper jurisdiction is important because, if a court does not have jurisdiction to proceed over a legal matter, whatever decision that court makes is not binding.  So, if you bring a legal proceeding in the wrong court, you have basically wasted your time.

The California Conservatorship Jurisdiction Act (CCJA), which became effective as of January 1, 2016, addresses three particular jurisdictional issues that involve conservatees.  This new law is based on the Uniform Adult Guardianship and Protective Proceedings Act (UAGPPA), which has been adopted in more than 40 states.

Determining jurisdiction for establishing a conservatorship

One of the primary purposes of the CCJA is to make a distinction between three different potential locations: the “home state,” the “significant-connection state,” and the “appropriate-forum state.” Based on the priority of each of these, proper jurisdiction can be determined.

The “home state” has the top jurisdictional priority

The “home state” is the state where the proposed conservatee has been physically present for at least 6 consecutive months immediately before the petition is filed.  Temporary absences are excused.  This state will have primary jurisdiction over a conservatorship petition.

The last resort is an appropriate-forum state

There may be a situation where the home state and all significant-connection states decline jurisdiction.  If that happens, then jurisdiction may lie in an appropriate-forum state.

Transferring a conservatorship to another state

Transferring an existing conservatorship may be necessary if a conservatee moves to a new state. Before the CCJA was passed, there had to be a new conservatorship proceeding, which was often time-consuming, as well as expensive. The Uniform Adult Guardianship and Protective Proceedings Act has established a more streamlined process for transferring conservatorships between states, when required.

How to transfer an existing conservatorship

Recognition of conservatorships from other states

The CCJA also provides a registration process that permits California to recognize another jurisdiction’s orders without requiring the actual transfer of the conservatorship. For instance, a conservator appointed in another state can consent to California medical treatment of a non-resident conservatee. There are extensive notice requirements with which the conservator must comply.

The CCJA does not apply in every situation

It is important to remember that the CCJA does not apply to someone who has been involuntarily committed to a mental health facility or to individuals with developmental disabilities. Also, those individuals with dementia are provided special protection under the CCJA’s transfer and registration provisions.

If you have questions regarding conservatorships, or any other estate planning needs, please contact the Schomer Law Group for a consultation, either online or by calling us at (310) 337-7696.