Home » Elder Law » If I Die Intestate in Los Angeles, How will my Property be Distributed? 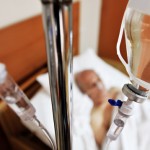 Dying intestate in Los Angeles means dying without a will.  How your property is distributed in that situation, depends largely on which relatives survive you.  Each state has its own set of laws regarding “intestate succession,” including California.  In order to inherit in California, it is required that the person outlives you by 120 hours.  So, for example, if you and your sister are involved in a car accident where your sister died only a couple of hours after you, her estate will not inherit any of your property.

In Los Angeles, if only your children survive you, they will inherit everything.  Likewise, if only your spouse or your parents survive you, they will inherit.  If you have a spouse who survives you, he or she will inherit your half of all community property. If you have separate property, your spouse may inherit all or a portion of it, depending on whether you have living parents, children, or siblings. If you do, your spouse will share your separate property with those other surviving relatives.  So-called “half” siblings have the same right to your property in California as they would if you had both parents in common.

In order for your children to inherit under the laws of intestacy, they must be legally considered your children by the state of California.  That designation may not always be clear.  Children who are conceived by you but not born until after your death still receive a share of your estate.

A child who has been placed for adoption and then legally adopted by another family will no longer receive a share of your estate.  Of course, the adoption of your biological child by a spouse would not have the same effect. Children born outside of your marriage or domestic partnership can receive a share of your estate upon proving that you acknowledged them as your children and contributed to their care and support.  One important note is that a child born during a marriage is assumed to belong to the husband, unless legally determined otherwise.

Adopted children will receive an intestate share if they have been legally adopted.  In that situation, they are no different than your biological children.  Foster children and stepchildren that have not been legally adopted will not automatically receive a share, except under specific conditions.  To do so, a foster or step child must prove that your relationship began while the child was a minor and continued throughout your lifetimes and that you would have adopted the child if it was legally possible.