Super Lawyers – Since 2010, Attorney Scott P. Schomer has been designated a Los Angeles Super Lawyer® in the areas of probate and trust litigation. is a rating service of outstanding lawyers from more than 70 practice areas who have attained a high-degree of peer recognition and professional achievement. The selection process includes independent research, peer nominations and peer evaluations. Super Lawyers Magazine features the list and profiles of selected attorneys and is distributed to attorneys in the state or region and the ABA-accredited law school libraries. Super Lawyers is also published as a special section in leading city and regional magazines across the country. In the United States, Super Lawyers Magazine is published in all 50 states and Washington, D.C., reaching more than 13 million readers. 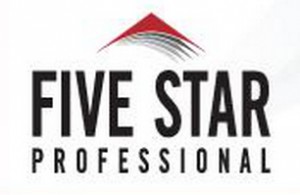 Los Angeles Five Star Wealth Manager. Five Star Professional partnered with Los Angeles magazine to conduct research to identify a select group of wealth managers who are exceptional in both their ability and their commitment to overall satisfaction. Fewer than two percent of the 43,000 wealth managers in the Los Angeles area were selected.   A survey was provided to approximately one in four high-net-worth-households (more than 198,000 consumers), and 8,400 financial services professionals within the Los Angeles area. Survey respondents were asked to evaluate wealth managers they knew through personal experience and to evaluate them based upon nine criteria. Both negative and positive evaluations were included in the scoring. Only wealth managers with a minimum of five years of experience were considered. Each wealth manager was reviewed for regulatory actions, civil judicial actions and customer complaints as reported by regulatory agencies. The final list was reviewed by a panel of local financial services industry professionals.  , Los Angeles Wealth Managers, Five Star Professional, 2014