Home » Article » The Tax Implications of a Closely Held Corporation 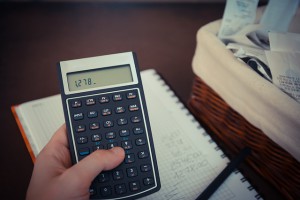 What does it mean to be “closely held?”

When you have a business with a limited number of shareholders, all with a common interest in the business, it is typically considered a closely held corporation.  The most common types are owned by family members.  The stocks in these companies are generally not traded in the public stock market, as opposed to publicly traded companies that have a preexisting market for the types of shares that are traded.  A closely held business entity does not necessarily have to be a corporation.  Sole proprietorships can also be closely held, as long as there are a limited number of shareholders and the stocks are not publicly traded.

Tax implications for businesses subject to the At Risk Rules

You may not be familiar with the “At Risk” rules that relate to businesses and tax deductions.  The At Risk rules limit the amount of losses an investor can claim as a tax deduction.  The investors claiming the deduction are typically limited partners.   The rule basically means, only the amount actually at risk can be deducted.  If your C corporation is a closely held business entity, then it is subject to the At Risk Rules.  For example, if you are a sole shareholder, and you contributed $10,000 to your business, then your at risk amount would be $10,000.  This means, you can only claim up to $10,000 in losses, in order to reduce your businesses taxable income.

If you have questions regarding closely held businesses, or any other small business planning needs, please contact the Schomer Law Group either online or by calling us at (310) 337-7696.