Home » Article » Is it Hard for Gay Couples to Get a Divorce? 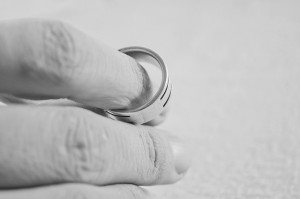 Before the United States Supreme Court made the decision that banning gay marriage was unconstitutional, navigating the seas of state law, both for and against gay marriage, was treacherous.  Is it hard for gay couples to get a divorce? Not anymore, but there was a time, just a few months ago, when it would have been a problem.

The problem with a lack of uniformity in marriage laws

Just a few years ago, a story was published in the New York Times about a same sex couple that was faced with a dilemma when they decided to part ways.  The couple had gotten married in New Hampshire, where same sex marriage was legal.  Several years later, after moving to Florida, they decided to separate.  The problem was, because gay marriage was not legal in Florida at the time, they could not get a divorce in Florida.  They could not return to New Hampshire because the state required they be residents of the state for at least a year, in order to obtain a divorce.

Why do same sex couples even need a divorce?

Any couple that is legally married, gay or heterosexual, must legally end the union or there can be serious legal consequences.  Without a legal divorce, you cannot get remarried, unless you want to be considered a bigamist.  Also, if you and your partner combined your assets when you got married, there could be substantial financial risks, if the union is not legally dissolved.

The problem with non-uniformity before Obergefell v. Hodges

Divorce is a difficult process, as it is.  But, when there was no uniformity with regard to same sex marriages from one state to the next, it was more difficult to untie the knot than it should have been.  As same sex marriage started becoming legal in state after state, couples who lived in states where marriage was not yet legal, traveled to other states to get married. But most of them give little thought to the possibility of divorce.

The trouble was, if a couple returned to their home state, but later needed a divorce, it was often not possible. A state that did not recognize the marriage in the first place, would have no mechanism for ending it. To make it worse, returning to the state where a couple was married is usually not practical, as most states have some type of residency requirement.

The end of state bans on same sex marriage

As of June 2015, same-sex marriage became legal nationwide.  The United States Supreme Court ruled, in Obergefell v. Hodges, that state-level bans on same-sex marriage are unconstitutional. Specifically, the denial of marriage licenses to same-sex couples and the refusal to recognize such marriages, performed in other jurisdictions, is a violation of the Due Process and the Equal Protection clauses of the Fourteenth Amendment of the United States Constitution. This landmark ruling represents a significant win for the LGBTQ community.

If you have questions regarding same sex marriage, or any other LGBTQ estate planning needs, please contact the Schomer Law Group either online or by calling us at (310) 337-7696.