Home » Article » What Is a Domestic Partnership Agreement? 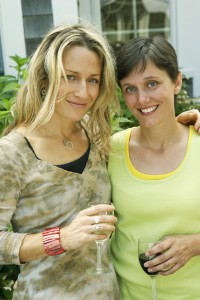 The rights and privileges enjoyed by married couples across the country are typically assumed, and often taken for granted – when the couple is heterosexual.  There is no debate that a husband has the right to visit his wife in the emergency room and make medical decisions for her, if necessary.  These same rights and privileges cannot be assumed with same-sex couples.  Though the movement for legalized gay marriage is well underway there are still some states that do not yet recognize gay marriage.  One way in which same-sex couples can obtain, at least some of the rights and privileges of legally married couples, it through a domestic partnership agreement.

What is a domestic partnership?

What to include in your domestic partnership agreement

The importance of having a domestic partnership agreement

All relationships, even the really good ones, have ups and downs.  At times, when a serious dispute arises, it is easier having a written document setting out clearly the intentions of the parties.  That is where a domestic partnership agreement becomes important.  The language of the agreement will provide the clarity needed to resolve many issues, such as property ownership.  This is especially important if the couple is considering separation.

Recognition of domestic partnerships in California

The first piece of legislation in California that recognized domestic partnerships was passed in 1999.   The rights and privileges conferred to couples at that time were somewhat limited.  On January 1, 2005, the Domestic Partnership Act of 1999 was replaced by the Domestic Partner Rights and Responsibilities Act of 2003 (CDPRRA), which gave couples new rights and a new court termination procedure similar to divorce.

If you have questions regarding domestic partnerships, or any other estate planning needs, please contact the Schomer Law Group either online or by calling us at (310) 337-7696.