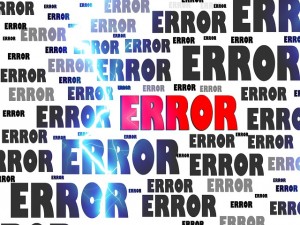 According to some reports, there were an estimated 450,000 California residents who were signed up for Medi-Cal under the recent Medicaid expansion who might not have been eligible. It is also reported that this mistake will likely cost the federal government and the state of California more than a billion dollars. An audit covered the six-month period from Oct. 1, 2014, to March 31, 2015. These reports have not been confirmed entirely, as the results are based on extrapolations from a sample of only 150 beneficiaries. This report is noteworthy for Medi-Cal planning attorneys.

Considering the results of the audit, many have suggested that this issue requires more analysis. If there is a possibility that California is making enrollment errors on a consistent basis, then something should be done. California’s Med-Cal program is the largest in our country, with approximately 13.4 million enrollees and a $100 billion annual budget.

Some of the deficiencies that were found by the inspector general include California computer system which is used to verify eligibility. There were also errors found in the system made by Medi-Cal caseworkers. The erroneous enrollments included the Medi-Cal fee-for-service system, managed-care plans, drug treatment programs and receiving mental health services.

Under the 2010 Affordable Care Act, 31 states expanded their Medicaid programs, including California. The Act created a higher federal reimbursement rate for newly eligible patients, which were mostly low-income adults without children. Once the expansion began in 2014, the Health and Human Services inspector general’s office started reviewing how states went about determining eligibility and how they spent taxpayer dollars.

Plans to audit Medicaid records for other states

Considering the fact that changes to the Medicaid program and new eligibility requirements will inevitably result in a few errors, advisers have recommended audits of the state’s programs since these changes have been implemented. The federal government has a stake in making sure the programs are running smoothly, since the federal government financed the entire cost of the Medicaid expansion for the first three years, as opposed to splitting the cost with the states. By the year 2020, states will contribute 10% of these costs.

Even the Healthy Need Medi-Cal Planning

It’s great to be healthy, especially as a senior, but simply because you are fit right now doesn’t mean you may not need long-term care when you get older. The worst mistake you could make is overlooking the need for Medi-Cal planning.  You may not have health issues right now, but who can predict how healthy you will be in 50 years?

Not to mention the possibility of unexpected illnesses or injuries that could leave you with medical issues that require long-term care.  According to some reports, more than 2/3 of the population over age 65 will require some form of long-term health care at some point.  Clearly, Medi-Cal planning is a good idea for everyone.

Why Medi-Cal planning is so important

The purpose of the benefits Medicaid provides is to help low-income California residents to pay for their medical services.  Because Medicaid is a needs-based program, its recipients must have less than $2,000 in assets.  The goal of Medi-Cal planning is to prevent the need to exhaust all of your resources in order to become or remain eligible for benefits.

Furthermore, if a Medicaid applicant gives away property just before submitting an application for Medicaid benefits that transfer of property could be seen as fraudulent. That would result in your benefits being delayed or denied altogether.  However, if you engage in careful Medi-Cal planning, you can avoid the appearance of fraudulent transfers.

Download FREE estate planning worksheet today! If you have questions regarding estate planning, trust contests, or any other trust administration issues, please contact the Schomer Law Group either online or by calling us in Los Angeles at (310) 337-7696, and in Orange County at (562) 346-3209.